by The Explorers Club 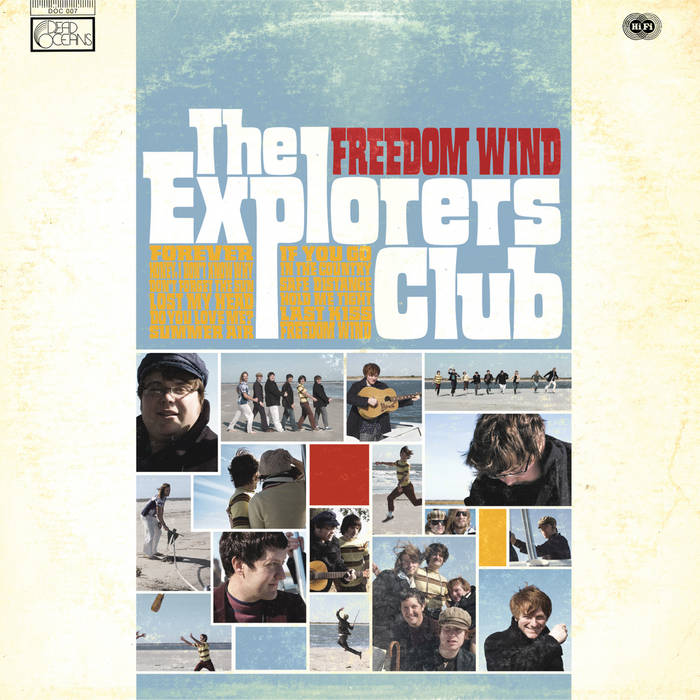 Great indie rock bands have long made a habit of recasting the music of our parents’ youth. Turn on Dr. Dog, Olivia Tremor Control, or the Black Angels for just a few examples of bands who make glorious new music in classic molds. Now take the idea a step further. Take the homage just far enough that you can imagine yourself experiencing, say, the Beach Boys in their prime, but with fresh songs not tempered by a generation of Sweatin’ to the Oldies. This is elation without irony. This is the Explorers Club’s debut album, 'Freedom Wind'.

The Beach Boys are the obvious touchstone, but dig a bit deeper and you’ll hear flourishes of Paul McCartney, the Byrds, Emitt Rhodes, ELO and doo-wop. Embracing a pop blueprint from a time when great songs were played on the radio and everybody loved them all, the Explorers Club has recorded the sweetest pop record you are likely to hear this year.

True, in lesser bands, such a thing might be tough to stomach. For every Clientele out there, there’s a lackluster vintage-inspired indie rock band loading a Rhodes onstage. But here’s the thing: The Explorers Club also happen to write undeniably catchy pop songs. Whether it is the soaring harmonies of “Forever,” the playful psychedelia of “In the Country,” or the classic choruses of “Do You Love Me?” or “Last Kiss,” give in to the Explorers Club’s youth, exuberance, class, and musicianship. You will soon be rolling down the windows and singing harmony at the top of your lungs.

'Freedom Wind' was recorded in the summer and fall of 2007, a triumph of lush arrangements and cushy four-part harmonies. With an ensemble of guitars, accordion, banjo, mandolin, organs, piano, lap steel guitars and more, the Explorers Club’s layered sound buzzes with warmth, creating timeless orchestral pop. It’s an album of A-sides – each of the 11 vocal tracks (there is one instrumental) are magnificent pop hits, ready for the airwaves.

This type of pleasure-seeking pop sound historically hails from beachside towns, and the Explorer's Club is no exception; their home is not an iconic California surf city but Charleston, South Carolina. Twenty-six-year-old Jason Brewer does the songwriting and arranging, while the complex vocal harmonies come courtesy of James Faust, Wally Reddington, and David Ellis. Filling out the instrumental sound of the Explorers Club on organ and drums, respectively, are Stefan Rogenmoser and Neil Thomas.

The Explorers Club are doing for the summer beach song what Amy Winehouse has done for R&B or Sharon Jones for funk and soul, what Antibalas have done for Afro-beat. They’re reclaiming the classics as their own, injecting them with life, and making music that that transcends any era. This is how pop music is supposed to sound. Prepare yourself. 'Freedom Wind' is the soundtrack to the summer of 2008.

Bandcamp Daily  your guide to the world of Bandcamp